Babies January 19, 2020 by Lisa Duvall
Note: Always consult with a medical professional prior to making decisions on behalf of your child or if you are pregnant. This article is not medical advice. Raising Them is ad supported and may earn money from clicks.

Home pregnancy tests are considered to be highly accurate if you take them at the right time. For those of us who are unable to wait until you miss your period, you need to find a test that detects lower levels of the hormone called human chorionic gonadotropin, typically just referred to as HCG.

Let’s take a look at the current most sensitive pregnancy tests on the market.

How Do Home Pregnancy Tests Work?

Home pregnancy tests all work in the same way. They look for the HCG human in your urine, and based on how much of that hormone is found, the darker the line turns.

HCG is produced in your body once a fertilized egg implants in your uterus. Then, it takes 48 hours for the levels to double, but that doesn’t mean the pregnancy can be detected just yet. The levels need to keep doubling until they’re at a level your pregnancy test can detect.

Some pregnancy tests have a low threshold, but others might not indicate a positive result until your levels are over 75 mIU/ml. Those tests wouldn’t be ideal for early detection, but they should work for taking a test when you miss your period.

How Early Can I Take a Pregnancy Test?

It’s recommended that you wait until your period is due to arrive to take a pregnancy test because you have the highest rate of receiving an accurate result. If you test earlier, you do risk receiving a false negative result.

Typically, you never want to test before eight days post ovulation. Your body needs time to send the fertilized egg down your fallopian tubes, and the egg needs to implant into your uterine walls and start to develop the HCG hormone that pregnancy tests detect.

Testing before eight DPO increases the likelihood that you’ll receive a false negative because implantation typically occurs between 8-9 DPO.

So, if you want to test before you missed your period, it’s best to do so between 10-14 DPO. You have an increased chance of getting a faint positive result on 10DPO, and the likelihood of getting a positive outcome increases each day. That is if your egg was fertilized!

The 4 Most Sensitive Pregnancy Tests 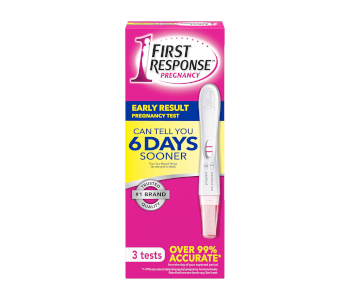 Without a doubt, the most sensitive pregnancy test on the market is the First Response Early Result Pregnancy Test, often abbreviated FRER by those who are trying to conceive. Not only is First Response the clear winner in the group when it comes to HCG sensitivity, but it also gives a definite result quickly, and the ergonomic design makes the test more comfortable to use.

According to an independent study, First Response has a sensitivity level of 6.3 mIU/ml. That means it detects pregnancies up to six days before you miss your period, which is fantastic. It’s the only home pregnancy that makes this claim, and it’s probably why it’s the #1 best-selling pregnancy test on the market.

Aside from being the most sensitive pregnancy test, First Response displays the results in three minutes, on average, and that’s faster than other brands. The curved handle makes the test screen easier to read, and it seems to help avoid user error. If you get too much urine on the pregnancy test, you might void the test, but the curved handle reduces that chance! 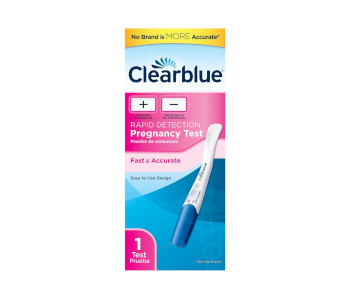 A lot of women complain that taking blue dye tests can give wrong results, but Clearblue designed an excellent test with a big sponge tip that makes taking these tests easier. While they aren’t as sensitive as First Response, it’s an excellent alternative if you are testing just a day or two before you miss your cycle.

The HCG sensitivity is nowhere close to FRER. It’s listed as 22 mIU/ml, and that could take two days to reach that point. Knowing two days earlier does matter to a lot of women. 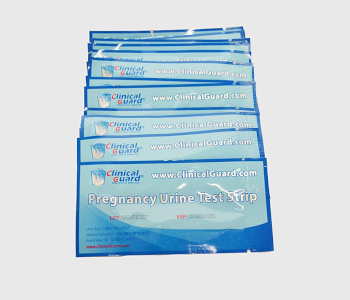 Do you plan to take a lot of tests? If so, purchasing pregnancy test strips are the most cost-effective way to binge test without breaking the bank. In each pack, you receive 25 test strips.

These test strips have a sensitivity of 25 mIU/ml, which isn’t nearly as sensitive as First Response. If you wait until you are 12-14 DPO, using these tests is no problem, and there are a lot of other brand tests with a sensitivity that is not this low. 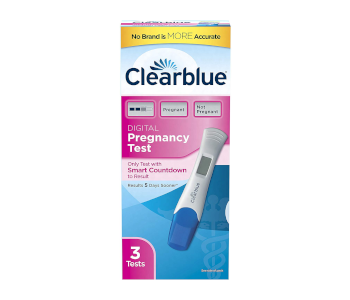 Who has time to look at the test lines and decide if it means that you’re pregnant or not? Not you! That’s where Clearblue Digital Pregnancy Tests come into play.

This test is 99% accurate at detecting pregnancy from the day of your expected period. Once again, this test isn’t as sensitive as the First Response, and it can detect HCG at levels of 25 mIU/ml. That’s not low, but we know it’s more sensitive than other tests.

The biggest reason to give this test a try is that it’s digital. It has a Smart Countdown that lets you know the test is working as you wait for your results. Clearblue added a wide absorbent tip and an integrated flood guard technology to reduce user error. Then, when the test is done analyzing the results, it displays either “PREGNANT” or “NOT PREGNANT.” You can’t misunderstand these results!

What Is The Most Sensitive Pregnancy Test?

The clear winner is the First Response Early Results Pregnancy Test. This pregnancy test is known for being the most sensitive choice on the market, but that doesn’t mean you need to buy it. If you’re willing to wait until you’re close to the date that your period is due, you can take any of these four tests listed and receive accurate results.

Disclosure: Raising Them is a member of the Amazon Affiliate Program. We may earn compensation from clicks to Amazon and other websites.

I have two kids and I'm pregnant with a third. I have written these guides to help you find discover the best parenting tips and products out there.